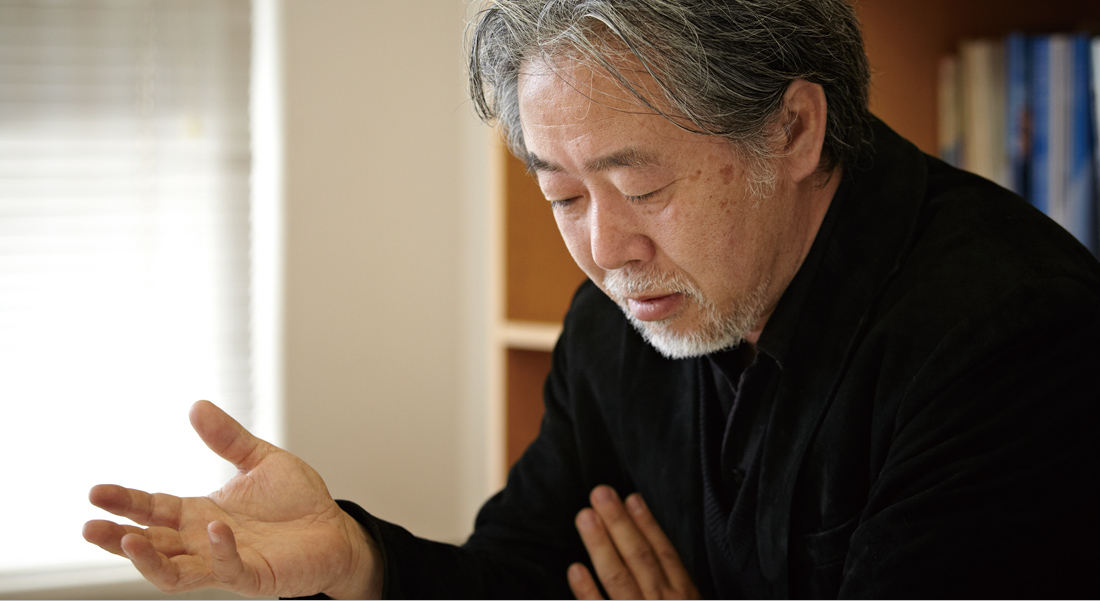 How Can Lighting Help to Face
One’s Emotional Problems? #1

The architect Hiroshi Naito spoke about the role of IALD’s “ENLIGHTEN ASIA IN JAPAN” and lighting design from an outsider’s point of view. In an effort to take part in reconstruction of the affected areas by the Great East Japan Earthquake, five architects including Mr. Naito got together and formed KISYN-no-kai, and continues to question the role that architecture can play in the aftermath of the disaster by being actively engaged with the damaged areas. In addition to advocating the importance of considering urban landscapes by crossing over boundaries of civil engineering, urban planning and landscape design, Mr. Naito is also actively engaged not only in architecture, but also with installation and interior design, traversing across many disciplines. He is also the chairman of Shibuya Station Central District Design Conference acting as a master architect for the Shibuya Station redevelopment in Tokyo.
Mr. Naito gave us words of both encouragement and criticism after coming to “ENLIGHTEN ASIA IN JAPAN” and attending the symposium.

Impression of the Event 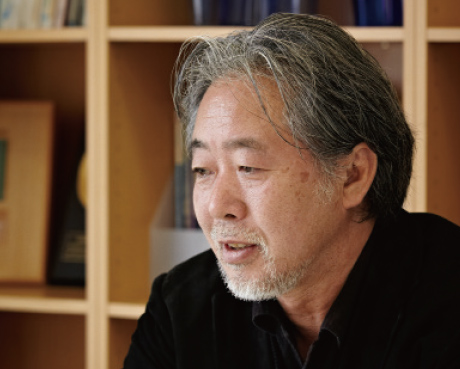 I thought this event “ENLIGHTEN ASIA IN JAPAN 2013” was wonderful. The architecture world is getting somewhat worn out, so an event of such magnitude is difficult to realize. I think lighting is right in the midst of a technological revolution. This is why there is a demand to present new things properly. I’m guessing there is a flow of money due to the keen competition among the manufacturers. I think something like this should be done more and more while it is still possible.

Right now, people from the so-called trades come as part of their companies’ work, and I think that’s good because it is functioning properly. However, I feel that more students and young people should come to this event. The prospect of those who are purely interested in lighting coming to the event may be a future issue. There must be several ways to attract wider audiences to the event.

I thought this event was wonderful. The architecture world is getting somewhat worn out, so an event of such magnitude is difficult to realize. Lighting nowadays, is expected to show something technologically innovative.

※1 KISYN-no-kai
“KISYN-no-kai” was formed by five architects Toyo Ito, Riken Yamamoto, Hiroshi Naito, Kengo Kuma, and Kazuyo Sejima to question what can be done by architects in response to the Great East Japan Earthquake. As more than 100,000 people lost their homes and were forced to live in nondescript dull temporary housings, they have proposed the “Home-for-All” project from their desire to provide a more humanistic and comfortable place. “Home-for-All” is: 1. A common hut for people who lost their houses gather and talk to one another and gain a peace of mind, 2. A hut built together by builders and those who inhabit them, and 3. A place where people discuss reconstruction of the affected area. Kisyn (Kishin) means one’s longing to return home in Japanese.

Even in my work, there are many times when the works of the lighting designers cross path, but to be honest, I feel that our work does not reach a point where we can ask a lighting designer to do their job. When we design, we tend to design everything at once so the structure and mechanical design must be pinned down first. So, we tend to leave the lighting design until later, or it may be that I do not have enough energy left to pull it off.
Because a lot of my work is public work, I cannot spend too much budget on design. This is probably why it is necessary to make the field of lighting design more publicly recognizable. Corporate firms may appreciate the advertisement effect, but I don’t think public recognition has reached that point yet. There may be cases where illumination is implemented as an event, but it is a separate case from budgets for architectural design. When it comes to lighting design for public architecture, the expense unfortunately gets omitted.
However, the mind set of cutting it out because there is no budget, is obsolete. Although lighting design itself may be recognized, there is no recognition that a cost comes with the design. There still seems to be a certain mentality in the public office that the fee for lighting design is included in the service and products provided by the lighting fixture manufacturers.
That being said, it does not necessarily mean that situations will be better if there is a clear distinction. There are many in-house designers, and this does not apply only to the lighting industry, but also can be said about design industries in general. Often times, working at a corporate company is the only option for young people in the product design industry to make a living as a designer. The reality is not easy for young people to become an independent designer. There are many things that need to be changed, including these.

The Logic of Capital

We always wonder why the more you look at lightings, the more extravagant they seem (laughs). The lighting designers are putting in lots of effort and we see some great engineering. However, their efforts seem to be swallowed into the realms of commercialism and globalism. Meeting social needs is an important aspect, but I wonder whether we should be content with the present situation.
On the other hand, the two years after the 3.11 Great East Japan Earth quake has been a time we were forced to face emotional crisis and pray for the repose of the souls of the deceased. We were forced to witness a very harsh reality . However, lighting can create an unreal, non-gravitational, immaterial, and dreamlike world. In fact, a “fabricated” story is created with lighting. Perhaps lighting has a disposition to tell a story.
The logic of capital can also be addressed as “modern times” or “popularization.” The question is how one comes to terms with the emotional problems of post 3.11 in a capital driven world. When you go to the affected area of Sanriku, it is pitch dark at night and you can’t see a thing. At high tide, the road is engulfed. There is only complete darkness. The question “What is in the darkness?” may be a good starting point. I think it will become valuable contents to be disseminated throughout the world. We are still in the midst of various problems resulting from the disaster, notably the issues in Fukushima, and we must learn from them without looking at it as “something that happened in the past” but as an “on-going issue.” Otherwise I would feel very sorry for the people who suffered from the disaster 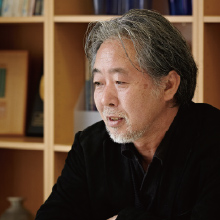 Born in 1950 in Kanagawa, Japan. Graduated from Department of Architecture and Architectural Engineering, Faculty of Science and Engineering, Waseda University in 1974. Attained his master’s degree in 1976. Opens Naito Architect & Associates in 1981 after working for Fernando Higueras (Madrid) and Kiyonori Kikutake. Appointed as Professor in the Department of Civil Engineering at the University of Tokyo from 2002 to 2011. Chief Juror of the Good Design Award from 2007 to 2009. Vice President of the University of Tokyo from 2010 to 2011.
Honorary Professor of the University of Tokyo since 2011. Major works include “Toba Sea-Folk Museum” 1992, “Chihiro Art Museum” 1997, “The Shimane Arts Center” 2005. Among many other award winning architectural works, Naito is also a prolific author.