Stage lighting and architectural lighting are both crafts of lighting, but what are the similarities and differences between the two? This was the question addressed in the webinar held on June 17th, 2022. Ms. Yuko Yamashita (Y2 LIGHTING DESIGN) and Mr. Yoshiji Baba (Yoshiji Baba Design Office) served as moderators, and the guests were Mr. Keiichi Ito (MGS Lighting) and Mr. Toshimi Yanase (TOKYO BUTAI SHOWMEI HOLDINGS INCORPORATED), whose work mainly focuses on stage lighting. 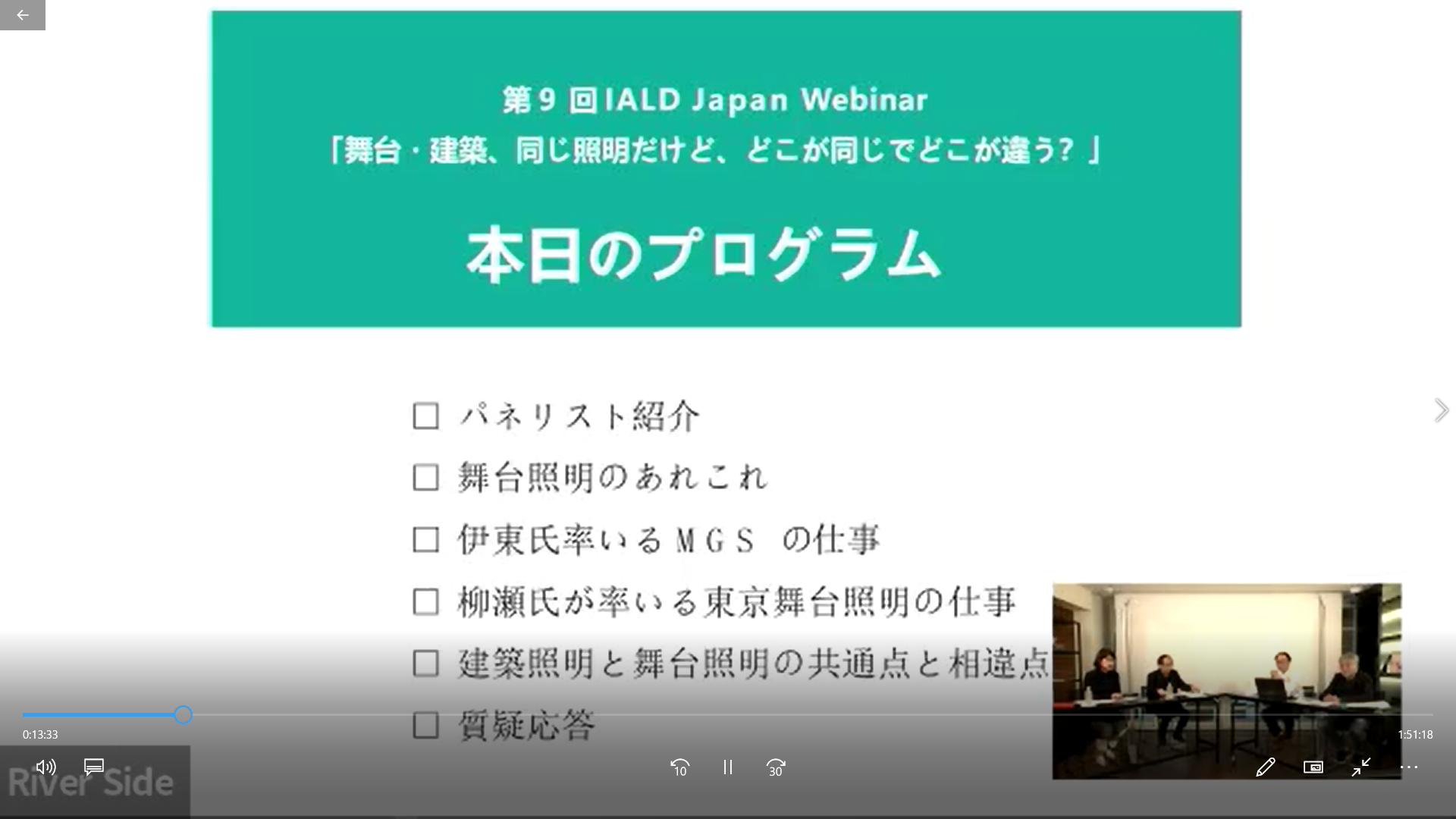 After the moderators introduced themselves and the guests, Mr. Ito and Mr. Yanase shared examples of their work in stage and architectural lighting.

MGS Lighting, with Mr. Ito at the helm, continues to create a wide range of lighting designs and scenery, from lighting operations for concerts, fashion shows, art exhibitions and events to building illuminations.

For the YOHJI YAMAMOTO fashion show held at Yoyogi 2nd Gymnasium, they created a stoic design featuring only 20 pinspots and the venue’s existing mercury lamps, changing the colors manually for each scene.

At the Eiko Ishioka Exhibition hosted by the Museum of Contemporary Art Tokyo, the entrance area was swathed in a deep red, and a recreation of the Temple of the Golden Pavilion split in half from the film “Mishima”, based on Yukio Mishima’s “Kinkaku-ji (The Temple of the Golden Pavilion)”, shone in a halation-effect light. In a space where large images of performers dressed in costumes designed by Eiko Ishioka were projected onto the wall, torsos wearing the same costumes were also on display. Mr. Ito and his team utilized delicate lighting techniques to create an illusion of the torsos coming out of the projected images by maintaining the perfect balance between the amount of light in the images and the light illuminating the torsos. 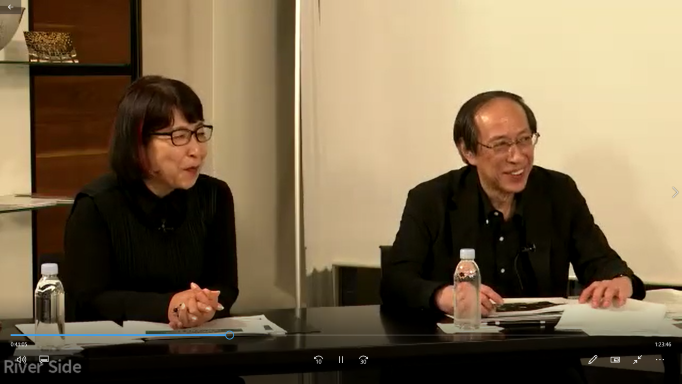 For the performance “Kyogen by Three Generations of the Nomura Kyogen Family”, Todai-ji Temple itself was lit up as a stage backdrop. A variety of lighting scenes were created, such as dynamic illuminations, utilizing the darkness in the surroundings to narrow the shooting point and making Todai-ji Temple appear smaller, and spectacular scenes with pink and yellow lights.

Led by Mr. Yanase, TOKYO BUTAI SHOWMEI HOLDINGS INCORPORATED is a pioneer in stage lighting in Japan, and in addition to designing lighting for theaters, concerts, exhibitions and theme parks, offer sales and rental services of lighting equipment.

Mr. Yanase first shared an example of his work in opera and concerts. In operas, lighting was designed for each scene using the footlights in front of the stage and LED spotlights as the main lighting and one additional moving light. At the concert he shared as an example, images of the Earth and the Moon were projected to the music onto a round panel at the back of the stage. An array of techniques was utilized to control the stage lighting, including the images being prepared by the lighting team and made to look like a sphere.

A figure skating show presented a unique environment for stage lighting. Measures were required to protect the equipment from moisture, and there was only a short time to grasp the movements of the skaters and build up production.

Mr. Yanase also shared an example of a large stadium. For events held at Tokyo Dome, the stage and the sets are both extremely large, and therefore extensive preparation and a mass approach is required. At the opening and closing ceremonies for the 2013 National Sports Festival, 350 wired moving lights were prepared along with two lighting consoles for lighting control.

As examples of lighting leaning towards architectural lighting, Mr. Yanase described illuminating the escalators at the MOA Museum of Art in Atami, illuminating the Nagoya TV Tower (now known as the Chubu Electric Power MIRAI TOWER) for an event, and illuminating Nippon Budokan arena. 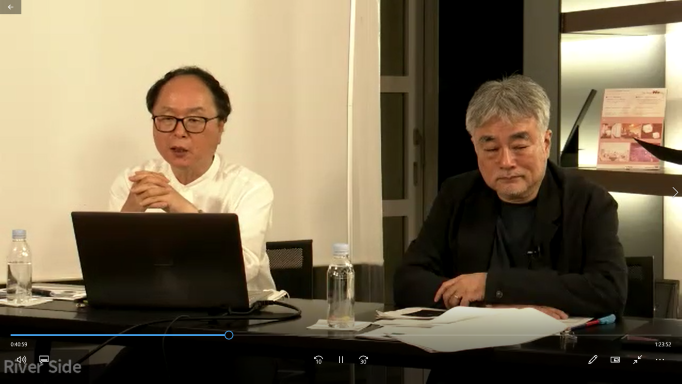 The webinar then moved on to discussions on the differences between stage lighting and architectural lighting, which reached the conclusion that the biggest influencer for either lighting is whether the lighting is permanent or temporary.

In stage lighting where lighting is mostly temporary, there are less restrictions, and equipment can be placed wherever you want and changed however you want. On the other hand, lighting fixtures are often permanent in architectural lighting. This means that everything must be considered carefully beforehand, such as the difficulty in making any changes post-design, that fixtures cannot be placed in the line of traffic, and that fixtures must be durable.

Both evoke emotions through light, but whereas stage lighting create strong emotions in a short space of time, architectural lighting creates a spatial experience that continues to gently influence moods and emotions over years and years.

The process to achieving the ideal light differs in many aspects, summarized in Mr. Baba’s comment, “In a nutshell, perhaps the only thing that stage lighting and architectural lighting have in common is that ‘they shine light on the intended objects’”. 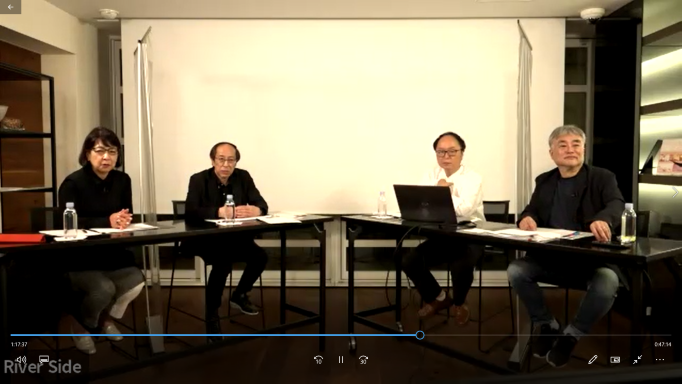 However, in recent years, there are more instances where stage lighting and architectural lighting merge. For example, lighting at football stadiums have changed from mercury lamps to LED lighting, and lighting can be choregraphed to flash rhythmically to music.

“Architectural lighting and stage lighting can come together to create a better lighting environment and new inspirations”. That was the hope by all as the webinar came to an end.