This webinar was titled “IALD-J Members Survey Report: Let’s Talk LED! Vol. 1”. In the wake of the Great East Japan Earthquake, LED lighting has evolved rapidly and is widely used, replacing in part traditional lighting such as halogen lamps and incandescent lamps. In this webinar, we share various opinions on LED lighting from the perspective of lighting designers, who work with LED lighting in the field.

In the survey conducted prior to the event, the pros and cons of LED lighting were ranked by positive and negative scoring. For the pros, “Luminaire dimension” and “Color control” tied with the highest score for first place and “Toning” came third; the lowest score was for “Instrument replacement” followed by “Color rendering” and “Glare”.

A further look into the results of the survey reveals where IALD-J members see value in LED lighting, and also what they are dissatisfied with. 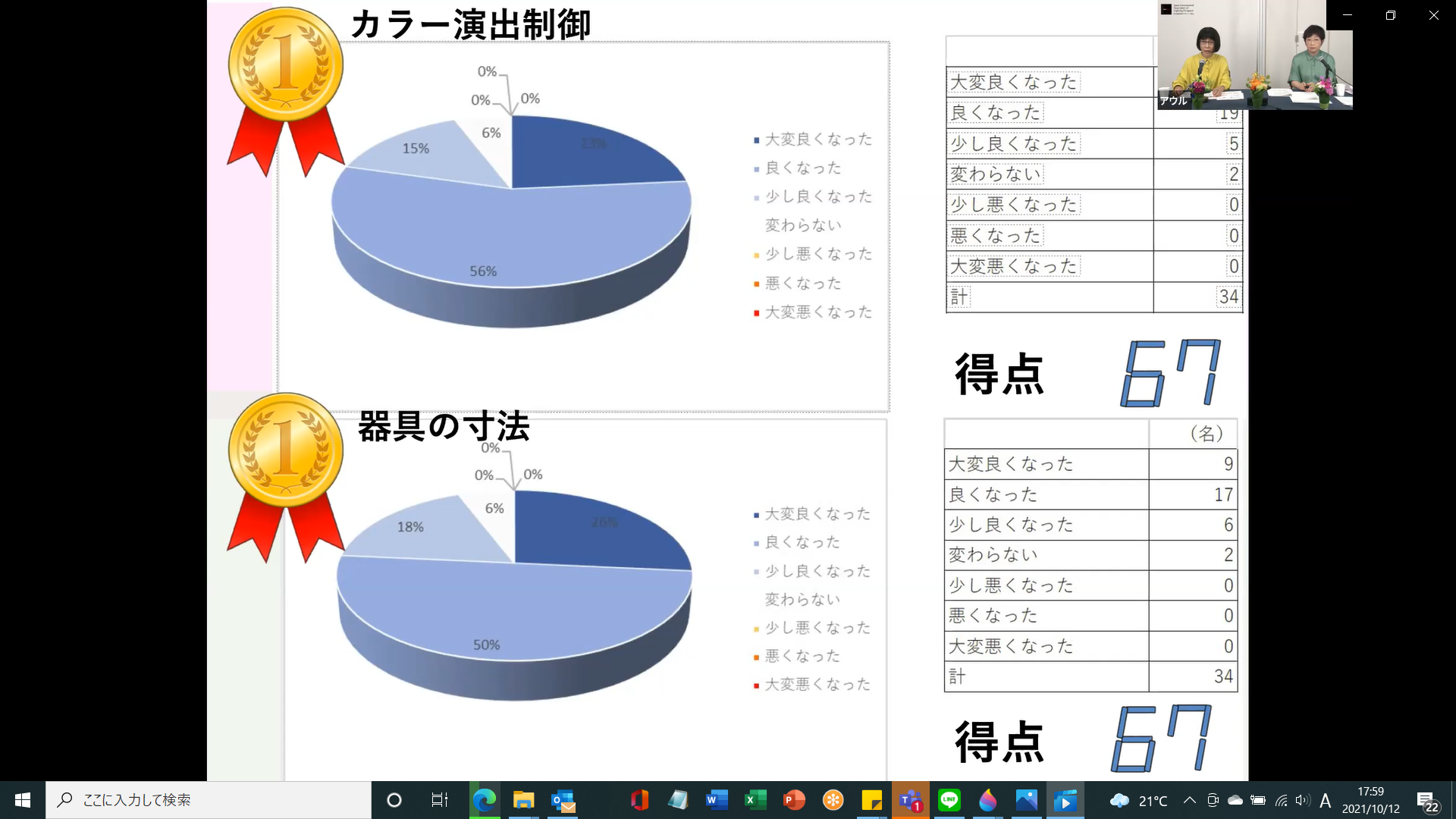 First, Mr. Ken Okamoto of Ripple Design gave his thoughts from the perspective of “LED as a lighting source”. Mr. Okamoto says he sees improvement in the quality of color temperature and color rendering in LED lighting. He points out that one of the strengths of LED lighting is the ability to control and customize the color wavelengths, which was difficult with traditional lighting sources; however, the shades of color can vary depending on the manufacturer, which is a challenge that needs to be addressed.

In the category of “LED as an instrument”, instrument dimension was regarded the best asset of LED lighting, while instrument glare ranked third from the bottom. Mr. Okamoto highly appreciates how product development for architectural lighting is progressing, but on the other hand, he points out that there are still many products with a strong glare or limited light distribution.

Mr. Kazuhiro Nagashima of Chips LLC. commented on how it has become difficult to control glare. He points out that glare control by reflectors is limited due to the fact that light is only projected forward with LED lighting.

On the topic of “performance effect” such as color toning and dimming, we spoke to Ms. Hongjoo Park from Miki Matsushita Lighting Design Co.,Ltd., who has been working in lighting design since LED lighting became mainstream. Ms. Park said that she places high value in the ease of wireless dimming.

Mr. Kentaro Tanaka of Lighting Planners Associates, who works actively in the hotel business, points out the variation in the timing of dimming control among different manufacturers. He mentions that especially in hotels, comfort is of utmost importance to the guests, and it would be ideal if it were standard for dimming of the lights to be seamless and easy for them.

Related to “Instrument replacement”, which was ranked the worst about LED lighting, there were many comments on “Construction and maintenance”, on how new products are developed one after another, but at the same time many are discontinued.

High turnover has been pointed out time and time again as one of the shortcomings of LED lighting. Mr. Kakuta described how he changed plans at the construction stage when he found out that the lighting instruments he had planned on using would be discontinued once they were out of stock.

Mr. Takafumi Kubo of Mantle Inc., who says that he plans with a vision into the future so that his design will still be as it is in 10 years’ time, said that instruments should be developed with replacement in mind.

However, Mr. Hirohito Totsune of SIRIUS LIGHTING OFFICE Inc., mentioned that the ease of maintenance made possible by the long lifespan of LED lighting, and how the smaller instruments make designs that were not possible with traditional lighting achievable, deserves appreciation.

Another major concern that many members have with LED lighting is “street lighting”. Mr. Totsune said that street lighting poses a grave problem for lighting designers. He commented that even keeping in mind that there are limits due to street lighting being in public spaces, the lack of design for public spaces in Japan is still lamentable compared to foreign countries. 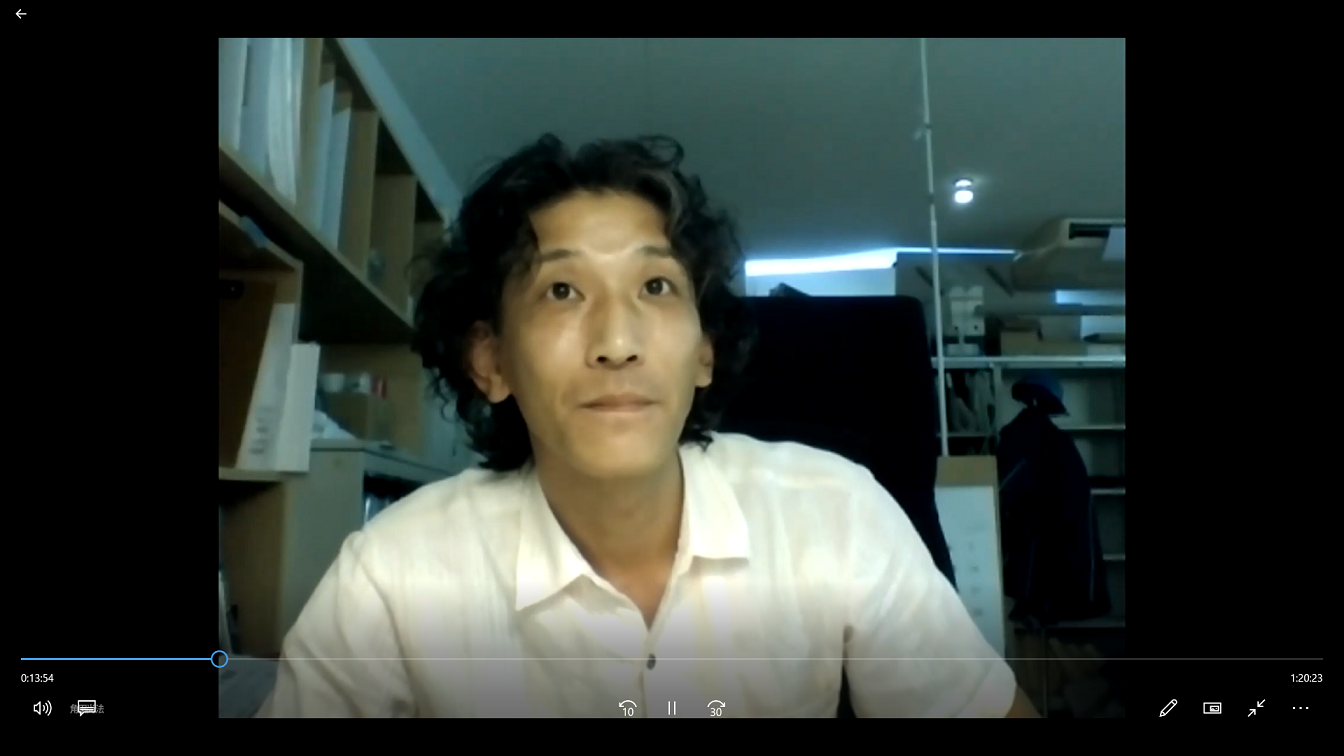 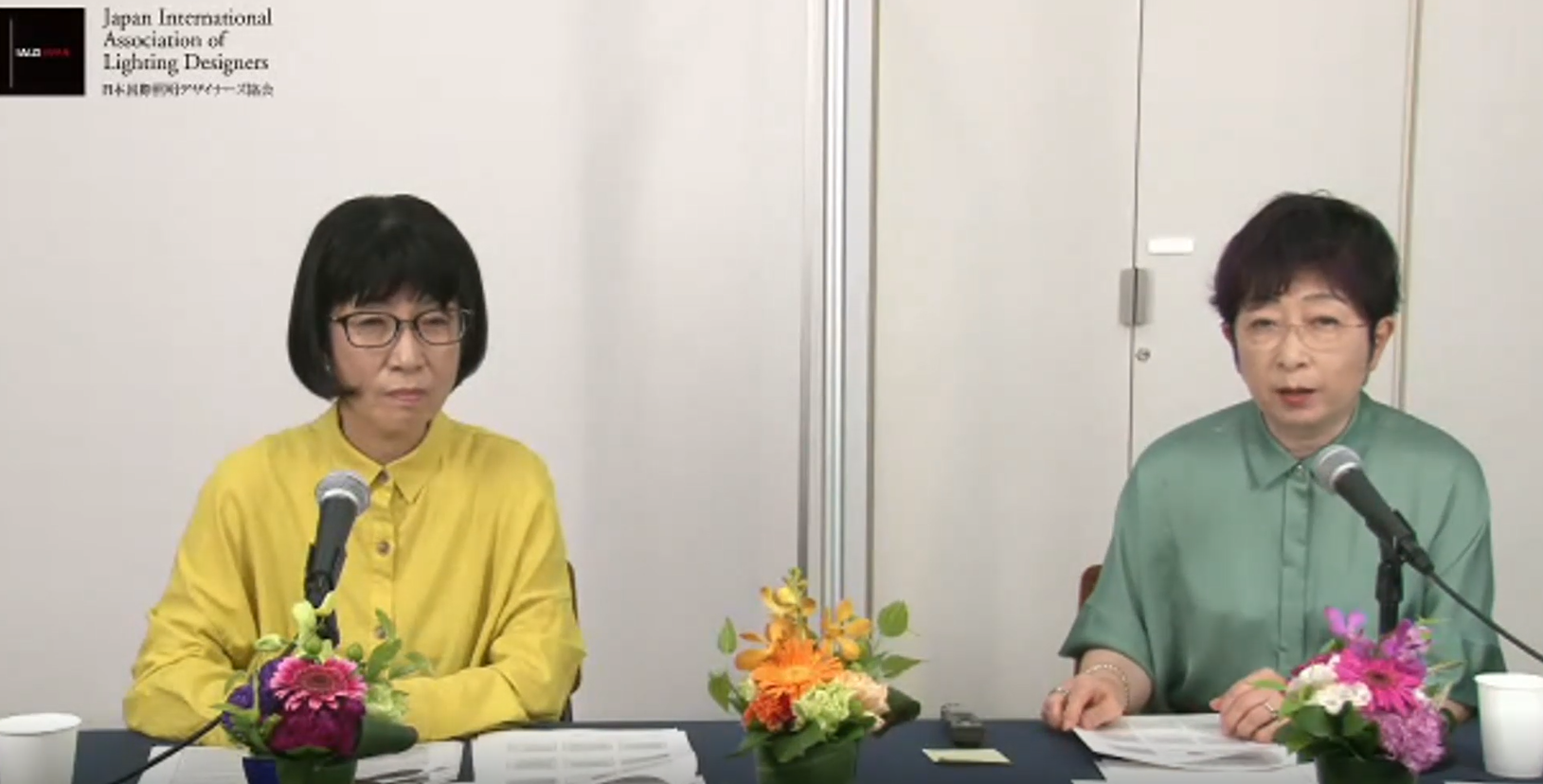 In closing, the three moderators each gave their thoughts from the event. Mr. Kakuta said that the answers to the survey were valuable and presented a fun opportunity to think about lighting; Ms. Nozawa said that she intended to streamline and share the insights from the event. Ms. Iizuka commented that she was glad that many members shared the same concerns that she had, and that the many comments shared at the event were insightful; and with that, the webinar came to an end.