Under the theme “The Good Old Uncles of Osaka,” this online session unraveled the historical roots and characteristics of lighting design in the Kansai region while also unearthing surprising careers and works of panelists from Kansai that our IALD Japan members usually cannot offer to introduce. As Haruhiko Muraoka, one of the three lighting designers based in Kansai originally invited as panelists, had to cancel his appearance at the last moment, the session took advantage of webinars with a special stand-in voice representing Mr. Muraoka. 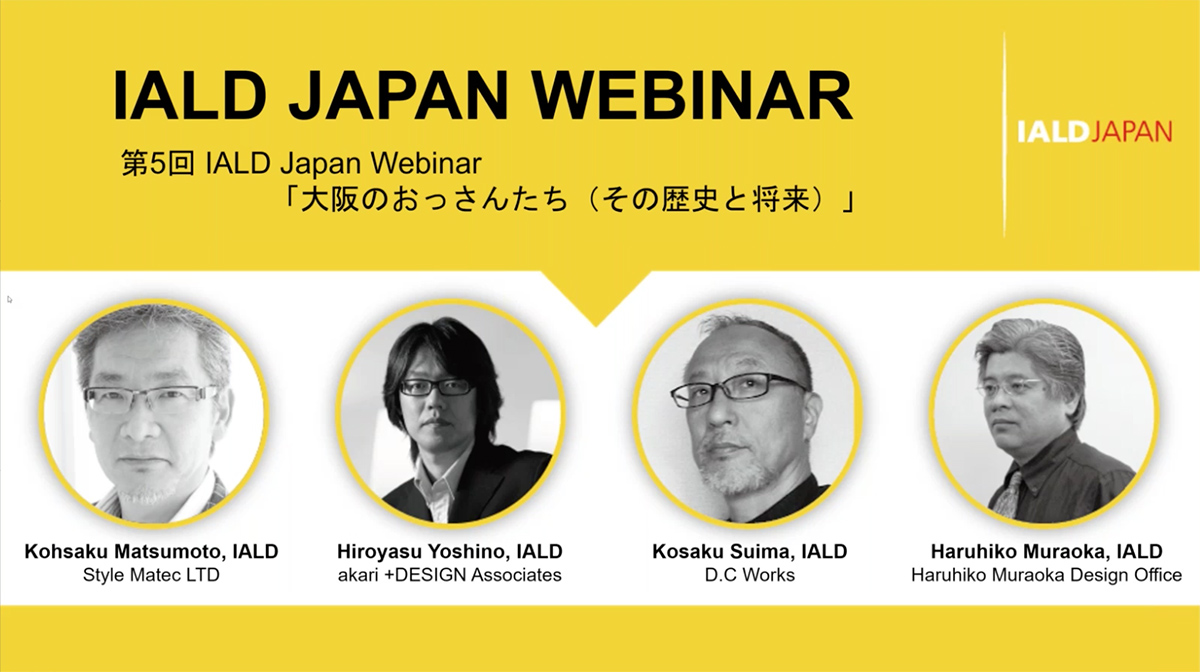 The session starts by introducing the three panelists. The moderator, Kohsaku Matsumoto of Style Matec , introduces the career and works of Mr. Muraoka, who was absent. Starting his career at LD Yamagiwa Laboratory in 1983, Mr. Muraoka established his own office in 2012 and currently teaches at Lighting Design School and universities.

Next to be introduced is Kosaku Suima of D.C.Works, who majored in arts and has experience in industrial design as well. Before founding his own firm, he worked for LD Yamagiwa Laboratory and an architectural firm, and then he was seconded to JT Metro JV Middle East for the Dubai Metro project as a Lighting Design Coordinators Manager. “Our generation is the last and most active one just before the Japanese economic bubble burst, and it was the heyday of decorative design lighting,” says Mr. Suima. The projects he was involved in Japan include Kansai International Airport, Osaka Aquarium KAIYUKAN, museums, and hotels, where “Hand-drawn materials were used for presentations, as CAD was not a common tool in the industry back then.” Now he passes on to younger generations his knowledges, including photo-retouch methods for lighting-presentations.

The introduction of Hiroyasu Yoshino of akari+DESIGN follows . After working for a computer-related manufacturer, he started his career as a lighting designer at TL Yamagiwa Laboratory in 1990. He was then assigned to Glex within the Yamagiwa Corporation network and eventually established his own office in 2002. “It was in the latter half of the Japanese economic bubble when I joined the company, and I was involved in projects of Kobe Harborland’s Galleria and Shin Umeda City , observing onsite experiments,” says Mr. Yoshino. After spending three years at Glex , learning optics and developing lighting fixtures, he currently works on projects at universities, museums, botanical gardens, etc. “I design lighting plans focusing on showcasing the architecture and space beautifully with a minimal use of lighting fixtures.”

After that, the moderator Mr. Matsumoto introduces himself. He started his career in the design department of Daiko Electric in 1983, and after a stint at Kitani Design Associates, became independent in 1989. With an attitude of “not refusing work that comes my way,” Mr. Matsumoto’s work features non-mainstream projects such as commercial and hotel / bridal spaces. In recent years, he also works on other types of projects, including schools, hospitals, museums, as well as landscaping projects such as the revetment along the Dojima River and the illumination of Ishiyama-dera Temple in Otsu. 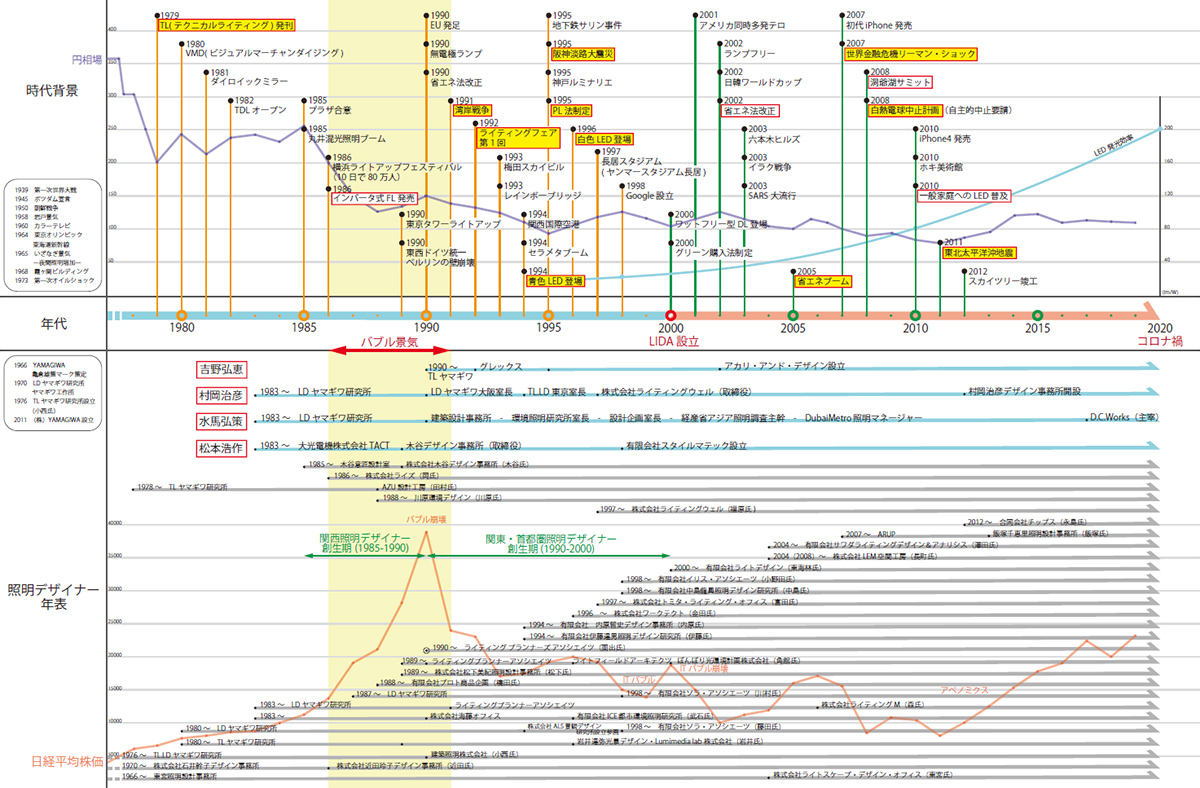 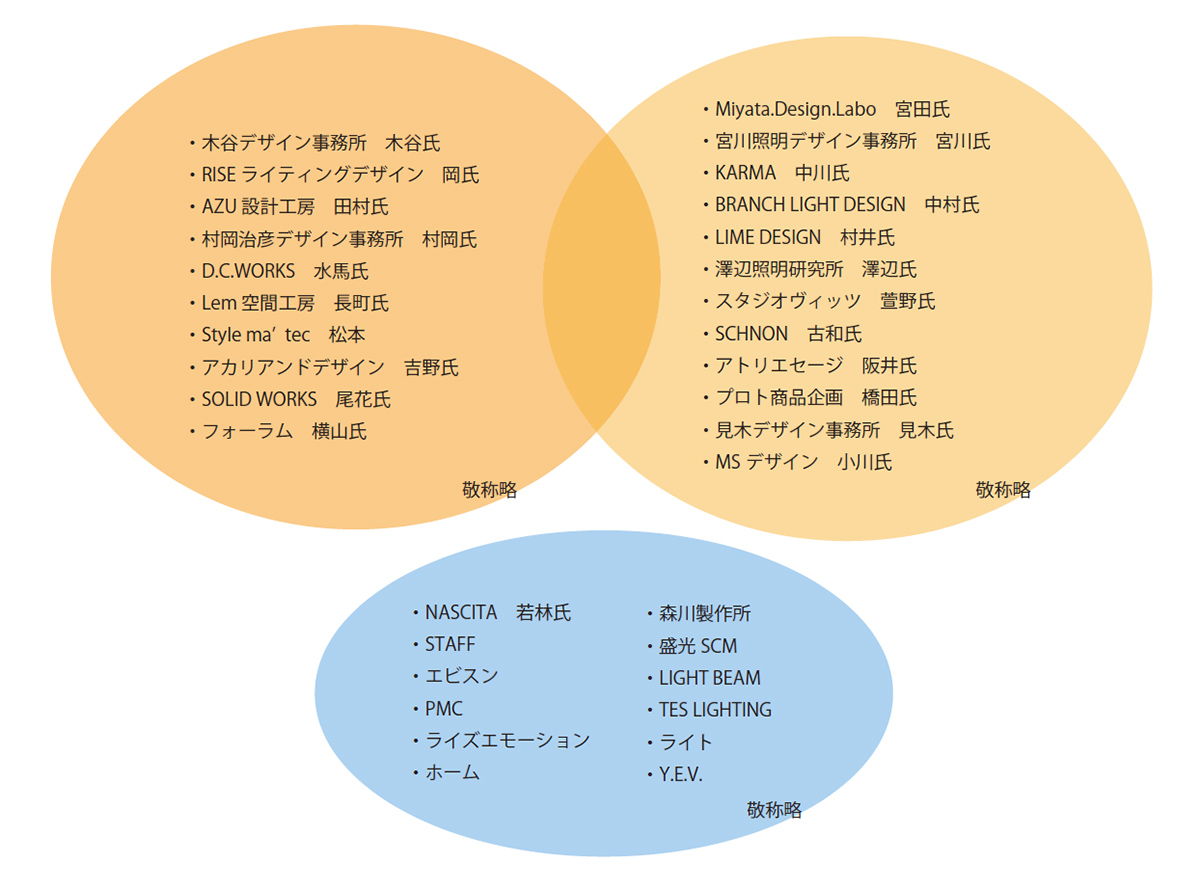 Mr. Suima says, “Back then, we were swamped with work, for better or worse, and the main task was to make design lighting fixtures. The amazing thing is, however, that Yamagiwa had the process of physically checking with one’s own hands.” Mr. Matsumoto says, “In the digital age of giving a presentation with computer graphics, it is very important to check the sense of scale in a physical model, and young designers sometimes do not notice a result that is wrong when simulating illuminance with a computer. “Mr. Suima agrees, saying, “That is my recent concern. We should all learn as a physical experience.” 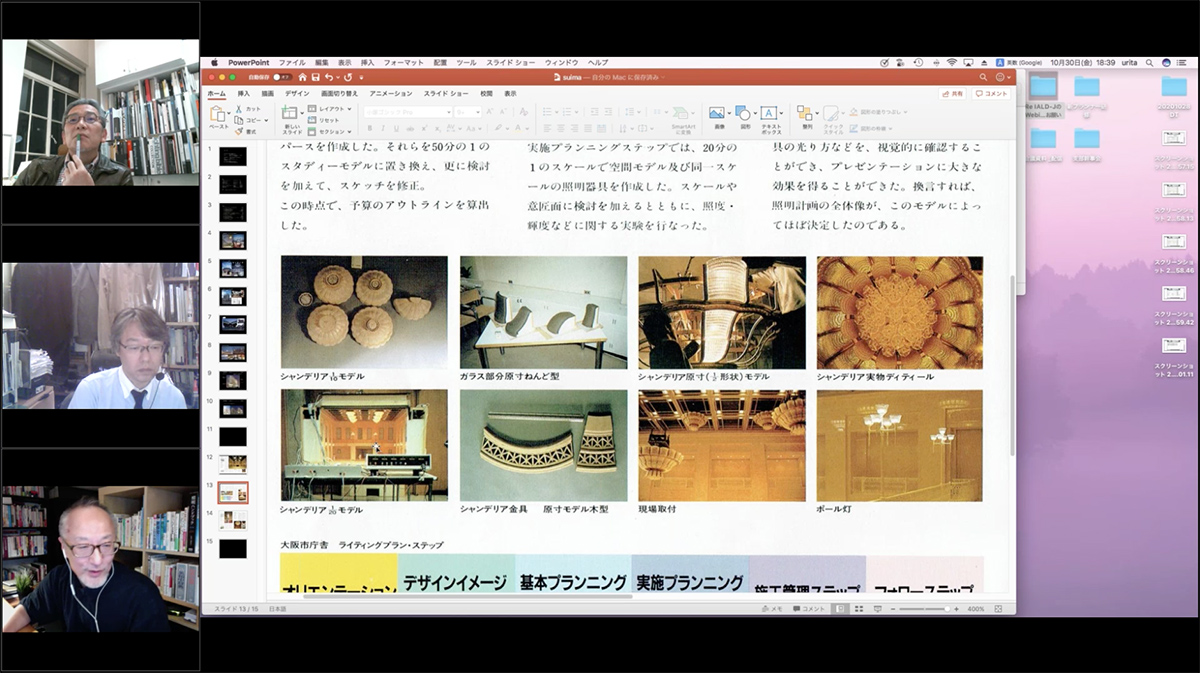 When Mr. Yoshino was a newcomer, he inserted optical fibers into architectural models to verify how light hits surfaces. He thinks that experience is still useful today, saying, “I was impressed to see how much the company thought about light, and I thought that was very professional.” At Yamagiwa Corporation, one used to become a team leader after three to five years since joining the company. They were in charge of seminars in various places and had to talk for an hour with slides about the basics of lighting fixtures, basics of lighting design, and other lighting courses, which contributed to improving their presentation skills. In addition, Mr. Yoshino recalls that for all the photographs taken for slides, “I was taught to think through the story in my head and take photos so that they can be used for presentations,” which is very useful even now.
Now that about 43% of the designers belonging to IALD Japan are alumni of Yamagiwa Corporation or their disciples, its education and work ethic should have many things to be carried over to the next generations.

When the stand-in voice asks, “Was there anything like a battle or rivalry between Osaka and Tokyo?” Mr. Suima acknowledges rivalry existed in a good sense. In the field of design lighting before the Japanese economic bubble, competition for development properties was quite fierce in Osaka. While many people in Osaka proceeded individually, for better or for worse, Tokyonians would deal with a project as an organization from a bird’s-eye view, and this is where he felt the difference between Osaka and Tokyo. He adds, “Osaka is always active in deriving theory from where there is no theory, with an enterprising spirit and trying anything by action. It is very important for people who are involved in the making of things to have this fearless mindset and heart,” which could be a hint for educating employees,

At the end of the session, the moderator asks about their opinions on the future. Mr. Yoshino answers, “I hope manufacturers will do some educational activities for lighting,” adding that “The highway used to be lit with the orange light of high-pressure sodium, but now it has turned into pure white LED light. It’s not just about efficiency, but why we use warm-colored light at night and its psychological effects. I want manufacturers to educate the general public and young lighting designers.” With “Consider the Past, and You Shall Know the Future ” being a hidden sub-theme of this session, we hope to provide an opportunity to become aware of old days and be inspired to think about new ways. After reminiscing the environment and history of lighting designers of Kansai, the three panelists close the session, hoping it will be a good opportunity to rethink lighting design. 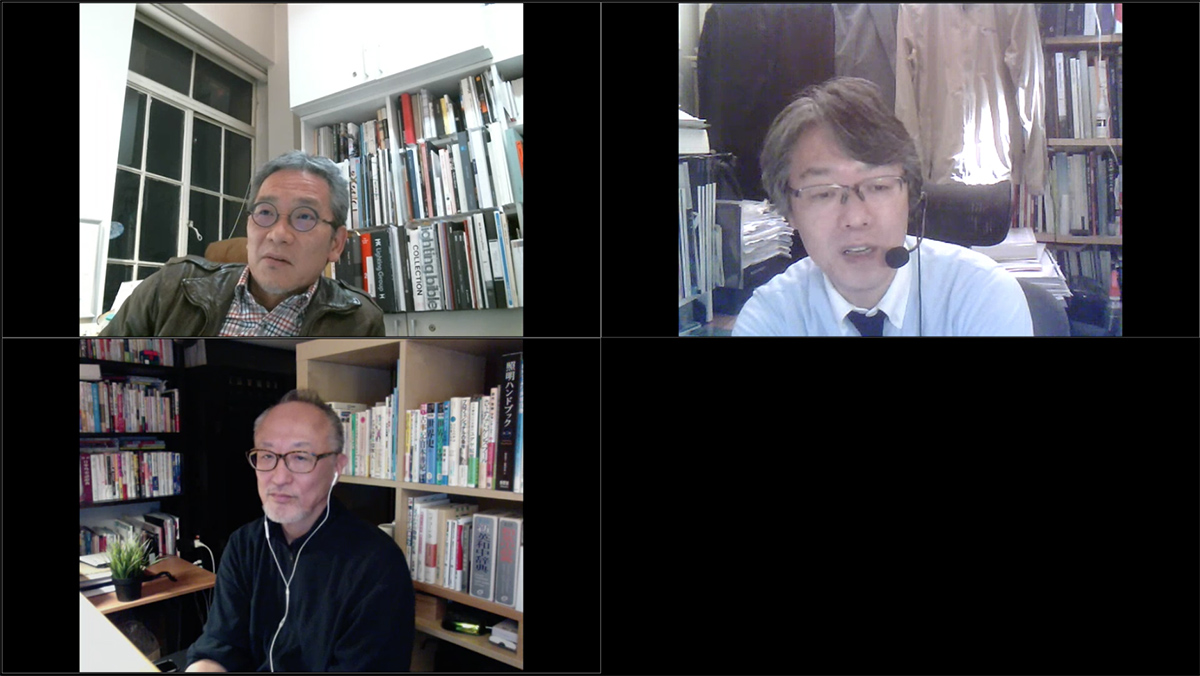